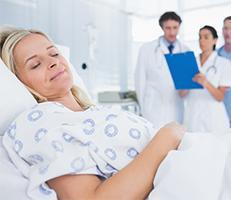 Epilepsy is a type of neurological disorder that causes unpredictable and unprovoked seizures. The seizures are the result of abnormal electrical discharges in your brain, causing involuntary movements and sometimes a loss of consciousness or awareness.

How is epilepsy diagnosed?

A diagnosis of epilepsy requires at least two unprovoked seizures that were not the result of another underlying health issue, such as very low blood sugar.

The team at Southlake Neurology & Neurophysiology Clinic offers several diagnostic technologies in-office to evaluate your neurologic health following a seizure. Two common types of diagnostic tests you may need include:

A standard EEG is a noninvasive test that involves recording the electrical activity of your brain for an hour.

Ambulatory EEG testing is an extended version of the standard EEG, with recording times lasting 24, 36, or 72 hours.

The Southlake Neurology & Neurophysiology Clinic certified EEG technician administers the test, and Dr. Imam personally reviews and interprets the results to confirm or rule out epilepsy.

How is epilepsy treated?

The goal of treating epilepsy is to prevent seizures without causing additional side effects. Dr. Imam creates a treatment plan that focuses on long-term seizure prevention and protecting your overall safety.

For many with epilepsy, medication therapy is effective at controlling seizures. There are a variety of medications available, and Dr. Imam works closely with you to determine which one works best for your condition.

Another option for treating epilepsy includes the use of a Vagal Nerve Stimulator (VNS), which sends electrical signals via the Vagal Nerve to disrupt signals from nerves to the brain and prevent a seizure.

To find out more about available treatments for epilepsy, call Southlake Neurology & Neurophysiology Clinic to schedule an appointment today.